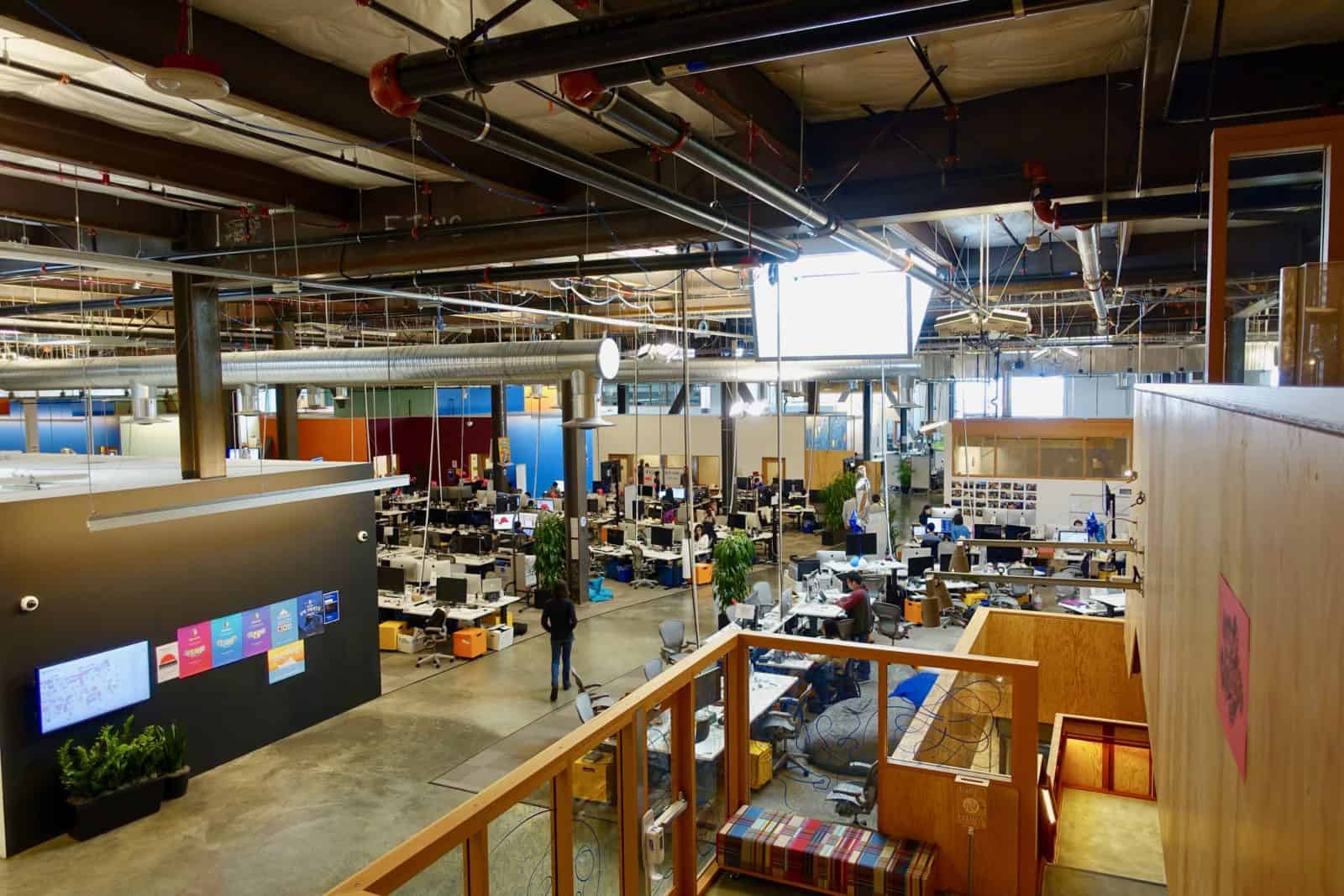 I am very excited that I can share this particular episode of the Sparkr podcast with you guys. During my stay in Silicon Valley I had the opportunity to get an inside view of Facebook and its work culture.

Within its 13 years of existence, Facebook has become one of the most valuable companies in the world! No matter what you think of Facebook and how it changes the world – it’s subject to various controversies for good reasons – they definitely have a powerful operating system.

With Facebook being one of the most powerful and valuable companies today, I wondered what values, principles and performance hacks were essential to its success and how the company moves forward today.

These are the four main take-aways from the conversation I had with Facebook’s Timo Pelz about his work place, its culture and values.

Facebook - like many other companies in Silicon Valley - is vision driven. I would argue that much of Facebook’s success is due to the fact that Mark Zuckerberg never intended Facebook to be the huge company it is today. Much more than having a company, Zuckerberg wants to have impact. He goes all the way to realize his vision to connect every human being on this planet with the power of the internet. Being the leader of a company is just his mean, not his goal. Vision makes leaders, not the wish of being an entrepreneur or CEO.

Because of Zuckerberg’s visionary drive, he focuses on impact. The architecture of Facebook’s campus, the design of the work place as well as the processes are meaningfully intertwined and optimized towards having impact. There are no shiny offices at Facebook, it rather looks like the campus is always under construction. This is by design because nobody working for Facebook should ever get the impression that they are done. Everything within Facebook suggests that existing ideas could be torn down immediately to make room for new, better ones.

Culture as the Ultimate Performance Hack

Asking for Facebook’s performance hacks, all the answers can be traced back to cultural aspects within the company. Inside Facebook there’s a surprisingly radical openness and transparency applied to everything: no corner offices (see architecture and design above), weekly Q&A with Mark Zuckerberg answering questions from employees live on stage and so on.

People are trusted to make decisions and take calculated risks. To ensure that this works, Facebook doesn’t hire for qualifications alone but for attitude also and treats employees as holistic human beings that are encouraged to take leaps on the job as well as in their personal life. This hiring process and the employee-company-relationship favor a strong intrinsic motivation to give your best for the company.

One of many paintings on the wall: "What would you do if you weren't afraid?"

Last but not least, Facebook employees are taught that they should assume positive intents in others’ behavior which leads to far more constructive “yes, and…” instead of prohibiting "yes, but...” conversations. Furthermore, collaboration is promoted by setting team goals instead of personal goals only.

The forth major take-away I want to mention here is the focus on doing instead of talking. Rather than going after the fourth conceptual study, Facebook employees build features, products and services, test them and improve. When you ensure that employees love the company as much as the founder does and when you trust your people to take healthy risks because of that, employees will act in an entrepreneurial fashion, make bold decisions and your company will evolve and innovate at a far greater speed. Wouldn’t we all love that happening in our companies?

One of many posters on the wall: "Don't mistake motion for progress"

Listen to the Whole Conversation

This was as brief and condensed as it gets. If you’re eager to learn the whole story behind these bullet points, check out episode #2 of the Sparkr podcast with Timo Pelz from Facebook.

Obviously we are talking about ideals here and reality can and will differ on a daily basis but what I’ve learnt about Facebook’s work place philosophy is an inspiring ideal that all companies can aspire towards just as Facebook itself does. None of the lessons learnt in this conversation are capital intense. In fact, they are all about mindset and culture which money can’t buy. It’s about vision, values and the commitment to staying true to them as you change the world.

And now, with all that said, listen and subscribe to the podcast in iTunes or check it out on Soundcloud.

I hope you enjoy the conversation and have helpful insights for your own organization while listening to this episode of the Sparkr podcast.

2 Gedanken zu “SPARKR PODCAST #2: Inside Facebook – Performance Hacks and the Importance of Culture”