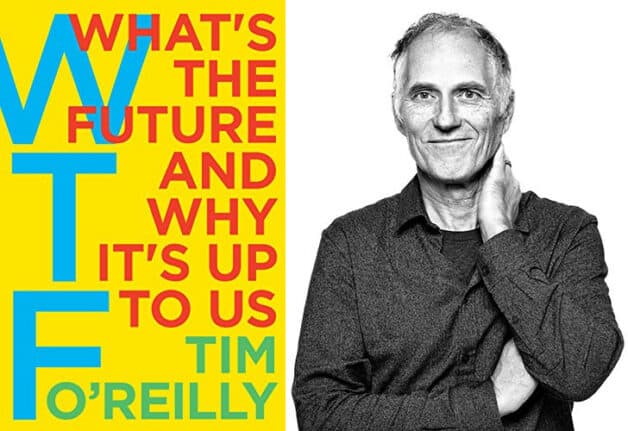 With 'fake news' we are publicly witnessing how algorithms can be turned against the initial intentions of their creators. That's a big deal and should only be the beginning of our quest for a holistic vision of the purpose of technology.

Over the last couple of months I came to believe that the notion of 'fake news' and their consequences might be one of the most important things Donald Trump (accidentally) brought up. Today, the discourse about the responsibilities of Silicon Valley's social media platforms has gone mainstream to an extent not seen before (in America). And that's a good thing.

Thanks to the 'fake news' phenomena on social media, we are shown today, that we’ve built systems that are in part optimizing towards the wrong ends. Systems like Facebook or the stock market but also systems like the company you work for or your own world views have formative rules, algorithms, norms or ideas at their foundation. Let's call them "functions".

It is these functions that guide Facebook & Co. to keep you as a user on their platforms for as long as possible in order to maximize add revenue for the social media company. In other words: Facebook's functions are currently optimizing towards getting your attention, generating add revenue and eventually increasing Facebook's shareholder value.

Obviously, this stands in stark contrast to Mark Zuckerberg's initial intention to create a platform that brings together communities and opens discourses online. I believe that Mark Zuckerberg is not in it for the money. In the (short) history of Facebook, he turned down many cash offerings indicating that he really cares about his vision of connecting the world.

However, in the last two years featuring the US presidential election and its aftermath, we've reached a turning point: It became obvious to everybody that Facebook's initial vision is no longer served by its underlying algorithms and that they need to be adjusted.

More broadly speaking, we were reminded that in technology as well as in our personal and professional lives, we always need to check on our functions - our rules, norms and ideas - to verify if they still serve our purpose and our intentions.

Top Silicon Valley individuals like Facebook's ex-president and billionaire Sean Parker speak out and Parker says that "he helped build a monster".

What are you optimizing for today - as a person or company? What is our economy and society optimizing for? These optimizing functions indicate for example how we define 'success' for us personally or for our company. These functions tell us and others what we truly care about.

We all are creators of such functions and we can shape them! So let‘s start to really think and talk about what‘s worth optimizing for as people, companies and societies and what rules, norms and ideas actually truly serve these goals.

This exercise not only adds to your personal happiness. This conversation is also key in the face of automation, AI and other rapidly evolving technologies. The limits of technology are pushed further and further so quickly, that we can no longer remain silent and let technology's limits dictate how far we as people want to take it. The technological limits no longer answer this question for us. We have to retrieve our responsibility, craft a common, holistic vision of what technology is for and start asking questions like: Should we keep optimizing for more efficiency and more shareholder value? Or should these metrics rather be a byproduct of optimizing for compassion and creativity? What should we be optimizing for? What does it mean to truly create value?

This has been a quite lenghty intro to my book recommendation for you guys: Check out Tim O'Reilly‘s (audio) book called „WTF: What‘s the Future and Why It's Up to Us“ (book on Amazon, audio book on Audible). I also highly recommend the inspiring and insightful conversation between the author Tim O'Reilly - who happens to be one of Silicon Valley's top intellectuals - and my podcast idol Tim Ferriss. Check out the podcast episode here.

And last but not least, as you can tell, I am pretty passionate about this topic and honestly these questions are at the heart of 'Sparkr'. So, feel free to reach out to me, if you want to discuss these questions with me or if you want me to speak about them in your organization or want me to work with you on your holistic technology vision. Let's spark the future.

You can also join the Sparkr Newsletter for carefully curated and relevant stories from the world of technology, innovation and its impact on society and business. Or check out the latest Sparkr Podcast in which I unveil the mindsets, principles and tactics of successful people and organizations.